Steward Setback Saturday: I Turned Down a Marriage Proposal. Now Comes the Fallout

I Turned Down a Marriage Proposal. Now Comes the Fallout 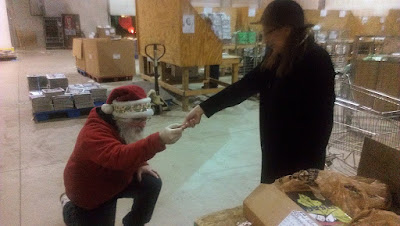 Last month, during the Ed Calkins Book Signing Tour for Visage, Ed finally popped the question. It went something like this:

Ed raised an eyebrow in surprise.

"I'll never be part of a harem," I explained, "not even a verbal harem."

Except for shaking his head in rueful regret at my supposed foolishness in turning down this most celebrated proposal of the millenium, I assumed Ed would have the grace and tact not to mention it again.

This past week, I received the following admonishment from the Steward.


Dear MOMI (Mistress of My Immortality):


I am going through that seasonal change right now where I no longer think I'm Santa Claus and am trying to get in the swing of "ruthless dictator" before my trembling charges think I've gone soft.

I know things should be awkward between the two of us since you declined my proposal of marriage before I voiced it. The truth is, I'm so experienced in such matters that I have to remind myself that it should feel awkward, even though I don't feel so.

You, however, are likely not as experienced at shooting down the offer of marriage. I will admit that your character, Melissa, though younger than you, handled it better by changing the subject rather than refusing.

It's a good thing I didn't buy a ring.

I figured that you, by now, feel uneasy about your decision. Therefore, I have resolved to allow you to make it up to me with an unsolicited contribution to the IVA. You could donate five percent of all proceeds of the BryonySeries that exceed forty-six million dollars.

I will not embarrass you by refusing your offer (Remember how much you have already done for the IVA) or point out how such a money trail would disrupt our secrecy. No, I will do none of that. Like Melissa, I will simply change the subject.

What was I talking about?

Ed Calkins, Steward of Tara
Posted by Denise M. Baran-Unland at 11:10 AM