Two of the characters in the fourth installment of Before The Blood and one in Bryony are fond of Henry Wadsworth Longfellow's poetry and, from time to time, quote from it.

Longfellow was a founder of the U.S. magazine The Atlantic. He wrote "Decoration Day" in 1882 about the holiday, which held its first national on May 5, 1868 to honor those who had died in the Civil War.

Decoration Day later expanded to Memorial Day and included anyone who died in the service of the U.S. Until 1970, Memorial Day was held on May 30.

In 1971, Memorial Day became a federal holiday and is now observed on the last Monday of May.

Many people don't know this, but Americans, wherever they are and whatever they are doing, are supposed to take a minute of silence at 3 p.m. and remember those who died in military service to the U.S.

Sleep, comrades, sleep and rest
On this Field of the Grounded Arms,
Where foes no more molest,
Nor sentry's shot alarms!

Ye have slept on the ground before,
And started to your feet
At the cannon's sudden roar,
Or the drum's redoubling beat.

But in this camp of Death
No sound your slumber breaks;
Here is no fevered breath,
No wound that bleeds and aches.

All is repose and peace,
Untrampled lies the sod;
The shouts of battle cease,
It is the Truce of God!

Rest, comrades, rest and sleep!
The thoughts of men shall be
As sentinels to keep
Your rest from danger free.

Your silent tents of green
We deck with fragrant flowers;
Yours has the suffering been,
The memory will be ours. 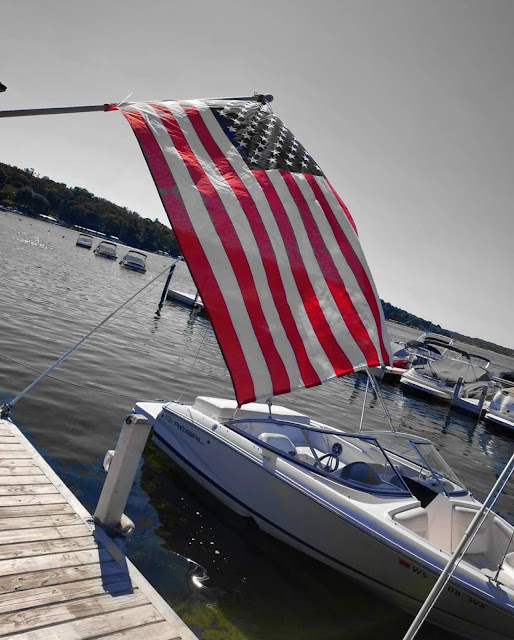 Photo by Timothy Baran
Posted by Denise M. Baran-Unland at 10:58 AM