Our Calkins Day limerick match (or slam, as some people called it), was, by far, the most successful BryonySeries event in the short history of the series.

I know it's trendy for authors to hype their events and inflate the magnitude of the actual day/afternoon/night. In fact, unless I'm reading an author's blog post about how to host a successful author event (with the writer drawing on persona experiences of past failed events), I have never read an author saying his or her event flopped.

Well, I have held some flopped events. And others that attracted a fair amount of people.

For instance, last year's Calkins Day event went extremely well mostly do to the large amount of WriteOn Joliet members who supported it. 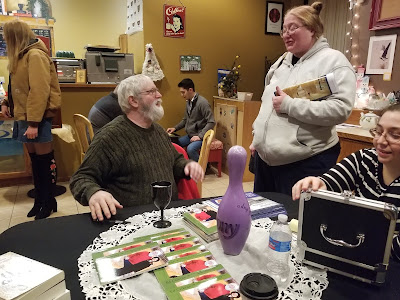 But the Calkins Day limerick match on Calkins Day (Feb. 13) at the Book and Bean Cafe in Joliet, was the first event where people posted on social media about the fun they had.

I talked to people who's mood was still very up the next day and one woman who's trying to coordinate another event in a different location.

Why did it work?

But I think it was the pure creative fun.

There was no cause to support. No funds to raise. No selling of books (Really. I didn't bring not even one book to the event). 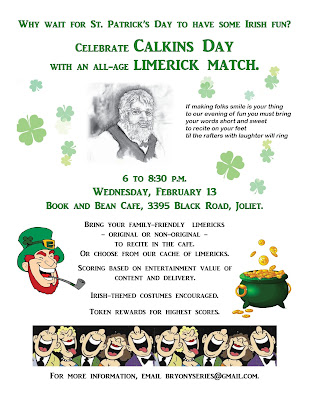 Now granted, the event was based on a a limerick match featured in Staked!. We would not have a Calkins Day event without an Ed Calkins who made up a "national" holiday based on his Feb. 13 birthday. 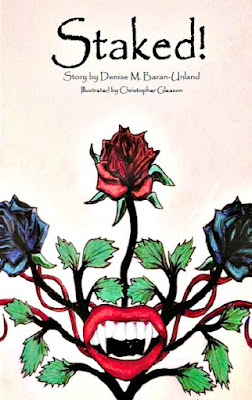 But the night was mostly to celebrate silly, creative fun. Costumes were encouraged, and one couple arrived dressed in Irish green.

As in Staked!, we had two teams.

We had a Steward team with four members. 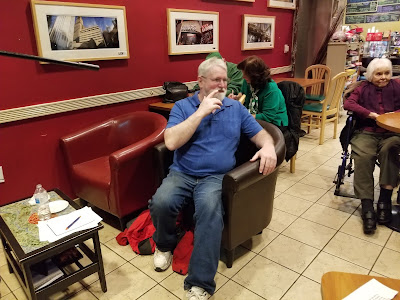 And we had a Poet team with four members 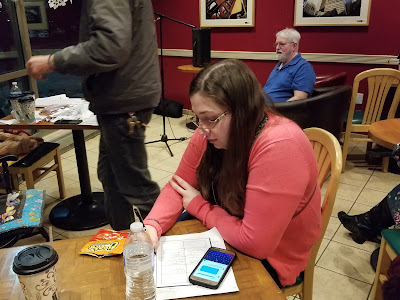 People composed their own limericks or they could choose from the table of provided limericks. 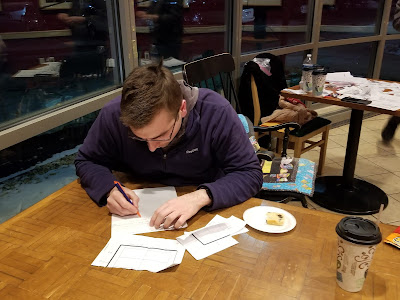 Both team captains scored each limerick reader and composer, regardless of team affiliation. 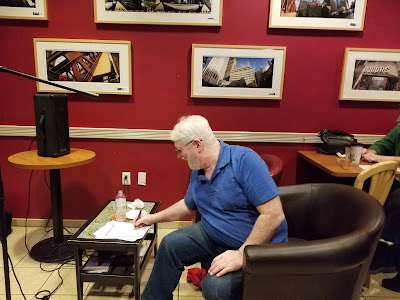 Limerickers were received points based on originality, performance, and presentation. 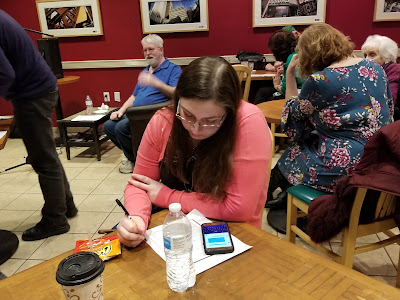 Simply writing and delivering a limerick about Ed gained the limericker points, too. 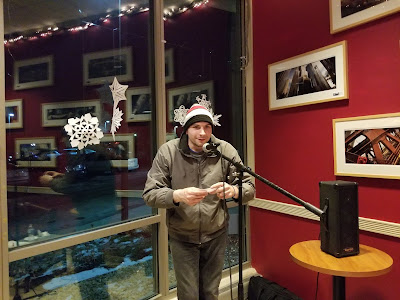 Patrons contestants, and Ed enjoyed Tammy's homemade Irish soda bread, the first time she's ever baked it (Stop in and tell her to bake some for St. Patrick's Day) 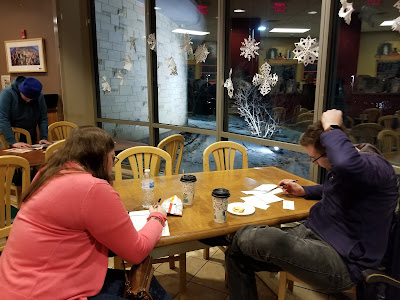 I wanted to offer token prizes. But the cafe's owner, Tammy Hudson-Duckworth, said she would take care of the prizes. Yes, I was on a winning team (Poet). 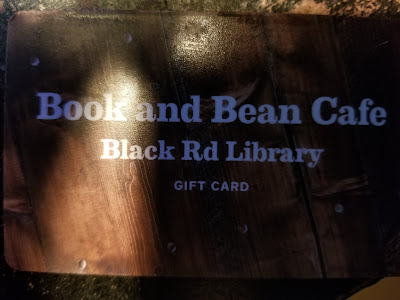 Afterwards, limerickers, reluctant to let the fun go, stayed to talk to Ed. I talked to other patrons who had a great time watching the fun. 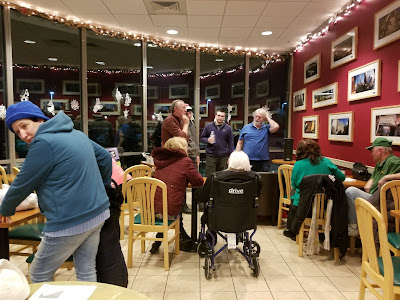 I called the next day to thank Tammy for her generosity in allowing us to host our celebration in the cafe and for providing the prizes. I also booked next year's Calkins Day event, and Tammy has some definite ideas on what she'd like us to do.

It won't be a limerick match (although we might host another one in a different location this year). But I can tell you this.

It will be different than the last two events. And it appears Tammy and I might be co-hosting it.

Like a treasure beneath a stormy dark sea
Are encrypted revelations in Byrony
but the truth at its core,
with his limericks and lore
Is how ruthless Ed Calkins can be.

By Ed Calkins, Steward of Tara 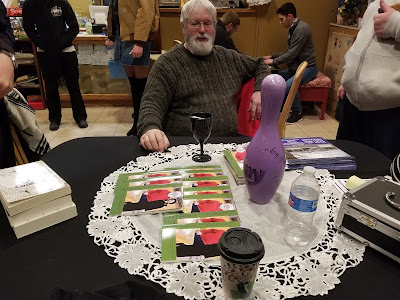