Five Facts From History the BryonySeries Taught Me, Part One

Part of the fun of writing novels with a historical basis is, well, learning the history behind them.

Unfortunately, the research involved can also greatly lengthen the time it takes to write said novels.

For one, the research must get done. What did people of French descent eat on Christmas Eve in the late nineteenth century (I know this answer to this one!).

Also, it's simply too easy to get lost in the enjoyment of the research itself, which leads to another click of the mouse to this site and to another one over here.

Here are five (for now) facts about history I didn't know before I wrote the BryonySeries prequel, Before The Blood.


1) Ellis Island was not the first immigration center.

It was Castle Garden, now known as the Castle Clinton National Monument. The site was originally a fort, then a theater (where P.T. Barnum once brought Jenny Lind to sing), the immigration center, and an aquarium.


2) Old St. Patrick's Cathedral (not the "new" one) has an interesting tourist attraction.


3) A company still around today started the pension system.

American Express, followed by railroad companies, such as the Baltimore and Ohio Railroad Company.

"Rogue" slaughterhouses was one of them. The other you probably already know: opium.


5) A certain "cocktail" was used both as a stimulant and a poison, depending on the amounts. In fact, it used to be a favorite of Olympic athletes. 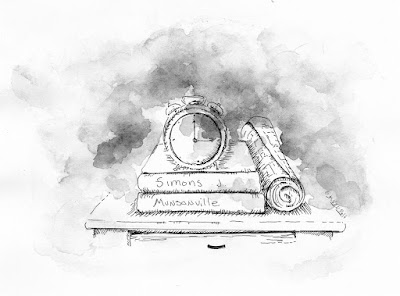