When Melissa and her family arrived in Munsonville, they stopped for lunch at Sue’s Diner on Main Street, a dingy, squat-looking gray building with surprisingly good food. They ordered apple pudding for dessert, a recipe first published in the Bohemian-American Cookbook by Marie Rosicky, published by the Automatic Printing Company www.autoprintomaha.com).

Try this recipe on the Sue's Diner page HERE.

A few comments before you begin. This recipe is a good example where Rebekah and I, baking in the twenty-first century, tried to understand what nineteenth century Bohemian Marie Rosicky had in mind with this recipe. Meaning, we prepared it three times trying to get it right. We're still not completely pleased and will probably try again.

Here's some photos of our progress. 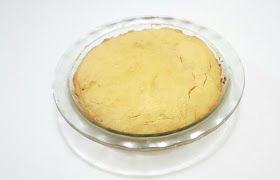 Here is the entire apple pudding, out of the oven and cooled. 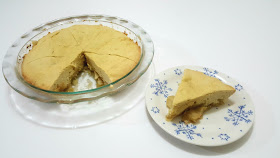 But as you can see, the result is dry, with the apples as an afterthought. So we tried again. 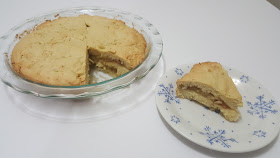 In our second go-around, we increased the apples, slightly decreased the flour, and layered the two. This was better, but still a little dry. 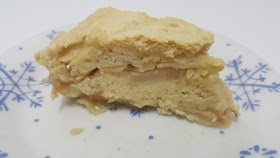 In our third attempt, we decreased the flour a bit more, but underestimated the baking time with the decreased flour, which produced a mushy pudding in places.

I feel apple pudding number three might be closest to my expectations, so I do plan to try it again: more apples, less flour, layers, and keeping a careful watch on the baking time.


From "Memories in the Kitchen: Bites and Nibbles From 'Bryony'"

All proceeds benefit Big Brothers Big Sisters of Will and Grundy Counties. www.bbbswillgrundy.org.

Order the cookbook at www.bryonyseries.com.