As part of my BryonySeries social media posting, I often include links to stories or poems that from the time period of that echo the themes.

Back in my family's homeschooling day, we read a lot of literature, far more literature than I'd ever read at one period in my life.

Here is a posting from the early days of the blog about one of those pieces, along with a link so that you may enjoy it, too.

“Federigo’s Falcon” (from "The Decameron"), by Giovanni Boccaccio

Yesterday, Daniel and I read Federigo’s Falcon by the early Renaissance Italian storyteller Giovanni Boccaccio. The selection is from The Decameron, a collection of ten tales told over a period of ten days by each of the people fleeing from the plague in Florence.

The story centers around a rich young man, Federigo, who is frenetically in love with a married woman. He spends his entire fortune trying to gain her attention and fails. Finally, the poor man owns nothing in the world but his beloved falcon.

One day, after the woman's husband dies and her son is near death, she asks the boy for his final wish.
The boy states that he might return to health if he can possess Federigo's falcon. So off the woman goes, knowing full well she had spurned Federigo's affections in the past, to ask him to give her the bird. 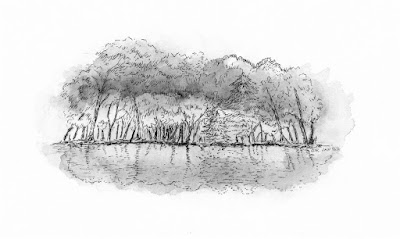