Before I released my first book back in the dark ages of 2011, my oldest daughter Sarah (created my first website and managed most of my social media), asked me to pull thirty quotes from the book ("Bryony") that she could post each day in the month following publication.

For your reading pleasure, and since we are VERY close to finally releasing the audio book version of Bryony, here are the original thirty.

Prologue: As the fog rolled inland off the lake, the approaching dusk grew uncommonly gloomy.

1)      Brian seemed fine with moving, but, after all, he was only eleven. He'd be okay if a spaceship teleported him to Mars. Chapter 1: Welcome to Munsonville.

2)      Ghost stories are more fascinating than truth, which, sad to say, can be boring." Chapter 2: There's No Such Thing as a Ghost

4)      “I’m going to belt the next old lady that kisses me.” Brian wiped lipstick off his mouth with the back of his hand. “Yuck, yuck, yuck and super yuck.” Chapter 5: Blood Relatives. Brian Marchellis, Melissa Marchellis’ younger brother

5)      When Mr. Masters arrived at the line, “The bride kissed the goblet, the knight took it up,” she scribbled with haste, “He’s our teacher?” Chapter 6: A Job Well Done.

6)      Melissa couldn’t understand the fierce emotions for a stupid, fishing competition. The fishermen bickered with each other over each fish’s weight and debated the integrity of contest guidelines. Chapter 7: The Centennial.

7)      The white was so bright in the darkness that Melissa wondered if the figure clutched a piece of the moon. Whatever he held, the being brought to his lips. Chapter 8: The Night is Darkest.
8)      Dr. Anderson certainly appeared competent, not the country doctor she expected. At any rate, anemia didn’t seem very serious. Chapter 9: The Music Box.

9)      Never in her life had she continued dreaming after she was alert. However, the other explanation was simply out of the question. Melissa was way past the age for believing in ghosts. Chapter 10: When Good Dreams Go Bad.).

11)  She hated to go there alone; she knew how much John disliked it when she did, but there didn’t seem to be any choice. She knew she could not stay here. Chapter 12: A Fair Trade.

12)  She hesitated, then set it for the regular time. If John Simons was real, he didn’t require an alarm clock to prompt him. Chapter 13: Who ? Melissa Marchellis (as narrator)

13)  Melissa opened her mouth to retort, but Brian had changed completely into a little, pink pig, who sat on his chair wearing a plaid shirt. Chapter 14: Weekend in .

14)  “Mr. John” certainly made a lot of Bryony’s decisions, something she was unprepared to hear. Perhaps, it was because Bryony was so young and innocent that she relied on John’s wisdom and experience. Chapter 15: Playing Bryony.

15)  “Over one thousand different parasites can live in or on the human body,” he added. “Can anyone think of some?” Chapter 16: School Daze.

16)  John always appeared dignified and formal, but this man behaved as if someone designed the suit with him in mind. Every line of his clothing fit him to perfection. Chapter 17: That Mysterious, Handsome

17)  “I died once and landed here. What should happen to me a second time, I hardly imagine. Why tempt fate?” Chapter 18: It Couldn’t Be Masters.

18)   Mr. Masters closed his eyes and his voice boomed with emotion. A hero? She could not reconcile that term with the comical figure at the head of the room. Chapter 19: Daring to Dream.

19)  “You only have to verbally agree to join my harem. This way, I make wives left and right.” Chapter 20: Confusion in the Closet. Ed

20)  He waited for Melissa’s response, but none arrived, so he leaned forward, smiled at her, and said, “Aren’t you feeling more secure now?” Chapter 21: Fetes and Feasts.

21)  “Don’t be angry. I meant no harm. I’ve never met another host before. Everyone I always meet is dead.” Chapter 22: Lisa Harding.

23)  At the first rrrip, Snowbell abandoned the garland and darted to Brian. Two paws pounced on the box’s edge, then she stretched her crooked neck over the top and peered inside at its contents. Chapter 24: It’s No Use.

24)  She felt the heavy brocade of the dress before she reopened her eyes, and her hopes soared, until she smelled the conspicuous fragrance of many, lavish bouquets of roses. Chapter 25: A Lesson in Love.

25)  Alarmed by those words, Melissa scrutinized his appearance. Henry looked pale, even for a vampire. Nevertheless, if something really was wrong with him, Melissa was fairly certain he would not share it with her. Chapter 26: Sick and Tired.

26)   The man raised his glass for a close view of Melissa. “Good Lord!” he said. “This one is the spitting image of you. A tremendous family you have.” Chapter 27: A Real Date.

27)  Flinging the covers back, Melissa stood up and walked to the window. She opened the curtains and peered outside, but the night was crystal clear and full of stars. There was not the tiniest wisp of mist anywhere. Chapter 28: Gone.

28)  “Between our murmurings, my angel asked me, ‘Kellen, how would like to escape death?’ Now that was an intriguing question, considering the moment was impending.” Chapter 29: Up in Smoke.

29)  Then again, maybe, Darlene was right when, the day they frosted cookies, she said there was more than one way to love somebody. Chapter 30: The Second Time is Harder. 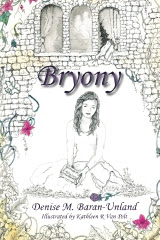